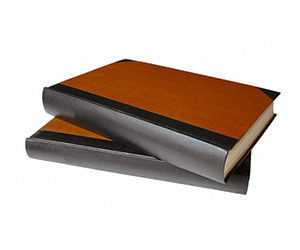 The Deregulation Act 2015 is the most recent substantive legislation in relation to residential landlord and tenant matters The Act is in response to a number of cases in the Courts on deposit protection legislation and redresses the balance a little more towards landlords.

Section 21 Notices have been through a number of changes, placing more obligations on landlords.This includes provisions bringing into effect a government response to tightening up required checks for tenant safety and measures to prevent so called retaliatory evictions(see LMD Law’s Short Guide to Residential Possession: Section 21 of the Housing Act 1988).

Despite Deposit Protection coming up for its 9th anniversary since its first introduction it is an area that still provokes some confusion among Landlords, not least because the law has been changed in several ways and on several occasions during that time. Mistakes can lead to some costly consequences so it is very much in Landlords’ interests to get it right from the outset.

Following the Court Judgment in the case commonly referred to as “Superstrike” there was an outcry from Landlords that tenancy deposit protection and the relevant penalties against Landlords had now been stretched too far and beyond what Parliament had intended with the Housing Act 2004 and the Localism Act 2011.

The 2004 and 2011 Acts require that a Landlord protect a deposit and also serve the Tenant with a document containing certain information about the Tenancy Deposit and the Landlord, known as Prescribed Information.

Tenancy deposit protection provisions came into effect on 6 April 2007 and the Superstrike case dealt with the circumstances concerning the change from a fixed term Assured Shorthold Tenancy to a Statutory Periodic Tenancy. It was held that upon such a change there was a requirement to serve Prescribed Information again and to protect the Tenancy Deposit as it was found to be a new tenancy in and of itself for the purposes of deposit protection matters.

There was a belief that this could not only apply to tenancies that were in this unique timeframe when the 2004 Act came into force in April 2007 but more generally to any tenancy automatically becoming a Statutory Periodic Tenancy. The Deregulation Act 2015 addressed these matters and provided a short window of a few weeks, an amnesty if you will:

LMD Law can provide assistance to Landlords at any time to assess their compliance with the law, as well as to Tenants who may not have had their tenancy deposits dealt with correctly by their Landlord.

For a FREE no obligation initial discussion about your matter please don’t hesitate to get in touch with us.